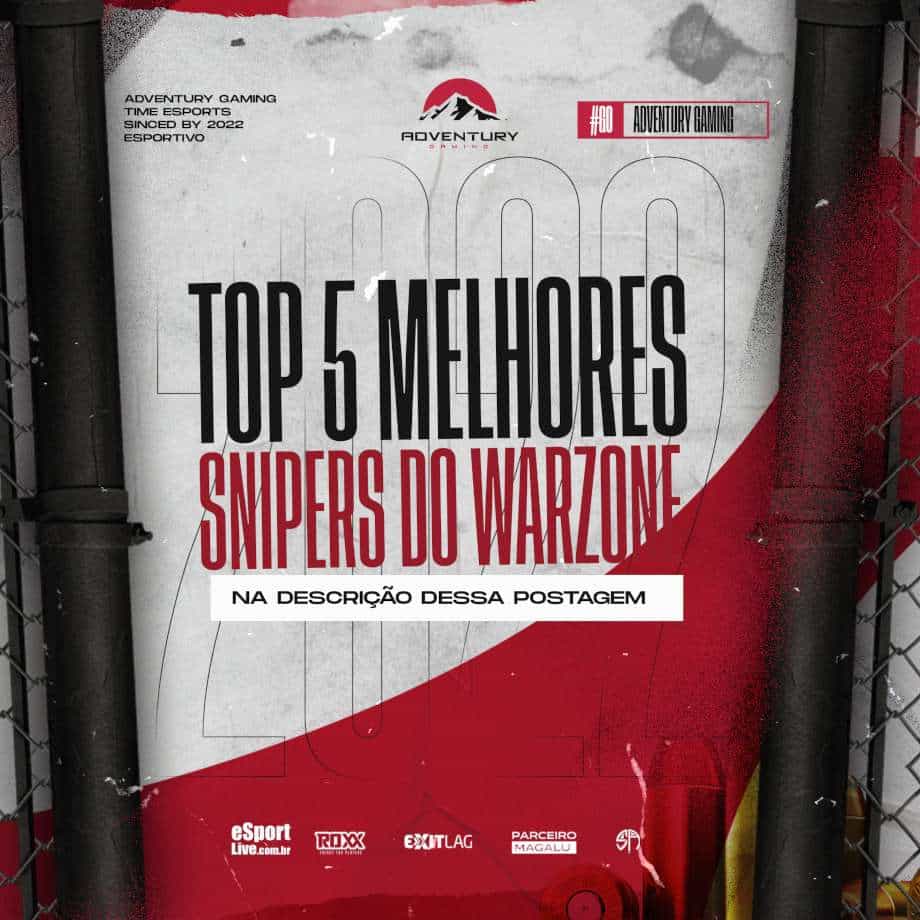 You, Call of Duty player since the days when the game only ran on the computer, must understand everything about weapons, right? No? No problem, I’m here to facilitate your service.

But for those of you who just got here and don’t know what I’m talking about, let me explain quickly: Call of Duty appeared in 2003 exclusively for Windows in the shooting games category, the first one took place in the second world war and amazed the public for the quality of the graphics at the time, as well as a greater emphasis on the story, which was very well developed, apart from the multiplayer mode that revolutionized the market at the time.

In 2004, the version available for consoles came out, and since then it has become more and more known by both gamers and lovers of modern history.

Let’s go to the main. Have you ever wondered what are the best ranged weapons in the game? We’ve prepared a list so you don’t get lost.

And with a little gift for you who reach the end of the story!

Just to remind you, each sniper I comment has 2 different louds. One aims for mobility and speed, the other for aim. So when setting up your sniper, always have this vision.

In fifth place we have Pellington. With a range of around 58 meters, it has been a great choice for playing resurgence. Her loudspeakers come with a coiled suppressor, 27.2 combat reconnaissance with a backup flashlight or tiger team spotlight, plus a front grip and tactical stock. This sniper’s loudspeakers focus on speed and aim.

Fourth, after the snipers range nerf, the swis loses a lot of its range. The tundra has been gaining ground and with a range of 63 meters. It has been a problem for those who usually play champing, for you who don’t know what it is, champing is the act of playing a shooting game without showing off, just like a real life sniper.

Want a suggestion? Try mixing the Tundra Suppressor coiled, with the recon combat in the 29.1 setting. Try it and comment below what you think.

Kar98k mw joins this list as the darling of regular Call of Duty players, especially for those who play in control. This sniper has been one of the absolute goals of warzone since the verdansk era. This is one that deserves special mention. I’ll tell you why.

Despite the range nerf, the range buff is reaching 117 meters. And there’s more. She has more than one build that makes her “ready for war” (literally). You can configure it to decrease long-range shots and increase aim speed, but the latter focuses entirely on sniper rusher, mobility, aim speed fits its third form.

But don’t think you’ll leave here empty-handed: Adventury Gaming left a little gift, in fact, a special necklace for those who want to make the most of Kar98 on their loudspeakers:

This second one is one of the least used, but it enters this top 5 because it is one of the strongest, mainly to be used in the 20mm zrg boiler, it is a great sniper to be used when you are in strategic points.

It has an absurdly powerful damage, reaching more than 800 meters, if you like to sniper in the boiler or in fortunes, but in fortunes a little less than in the boilers, this weapon will not let you down, one shot and you will be surprise!

But as a gift, try this page.

So let’s go to the first place. The 3 line sniper.

Declared the strongest sniper for all maps, it dominates for being very well used even in the boiler, its only and most glaring problem is that it is not a fast aim, but a slightly longer aim, however, his shots are accurate, an advantage over a disadvantage.

This sniper is the type that requires positioning and not charging at your opponent, hide, get a good position and party.

Today, we are going to show you one of the best ways:

You who are now interested in starting to use these snipers that we passed on to you, or even thought about starting to play Call of Duty, start right now by sharing this article to your friend who is a fan of the franchise who was looking for this gold mine. We need to change society’s vision for gamers, and your mission is to spread our content creators’ stuff to your friends, cousins, uncles, relatives and that neighbor of yours who thinks you don’t do anything for a living just because you like play video game.

Let’s change this scenario. And that step has to be taken by you too. Help Adventury Gaming spread the word about the gaming world!